The Olympus E-620 is a tough camera to pin down: in the Olympus SLR camera hierarchy, it rests right between the E-520 and the top-of-the-line Olympus E-3.

However, this spot is already held by a camera that shares many of the same features: the Olympus E-30 (release date: December 2008).

While not quite an E-30 clone, the E-620 shares so many features with the E-30 that it can be quite hard to differentiate between the two (and decide if one or the other is a better choice). Since that's the case, I've posted a page that compares the two.

The digest version is that the E-620 is a slightly simpler E-30 in a smaller and lighter package.

If you want a camera that has most of the versatility of the E-30 but also want to carry it around with you constantly, then the E-620 is probably a better bet. If you want the most advanced features without having to shell out the money for the advanced E-3, then the E-30 will be the camera to choose.

The one notable feature of the E-620 (which Olympus is starting to include on all of their digital SLRs) is an LCD screen that flips out from the camera body and rotates.

Now that live view LCD screens are pretty much the norm on SLRs, the LCD that flips out (also called an articulated LCD screen) makes composing high and low angle shots a snap.

Expect many new digital SLR cameras to include this feature in 2009.

Along with an articulated LCD, the Panasonic DMC-GH1 also throws in the ability to capture video. But this isn't your average video - it's high definition 1080p video suitable for playback on a widescreen TV.

As if that weren't enough, the DMC-GH1 also enables autofocus during video capture - a feature that doesn't exist on either the Nikon D90 or the Canon 5D Mark II (the only digital SLRs to include video capture).

Take all of this functionality and wrap it into a Micro 4/3rds camera and you've got a very interesting "bridge" camera: it's got many of the best features of a digital SLR (interchangeable lenses, larger sensor) and pairs them with features available on many compacts (video capture with autofocus, live view LCD, small size, light weight).

Not to be out-done in the video department, the Canon EOS Rebel T1i (500D) includes the High Definition video recording mode first introduced in the high end (and expensive) Canon 5D Mark II.

What's more notable than the video feature though is the price: $900 USD with an image-stabilized kit lens. The next closest digital SLR camera with video capability is the Nikon D90, which costs about $300 USD more.

Sure it's got video, but what else? Well, the T1i also packs in a 15.1 megapixel sensor, dust control, dynamic range control, live view, a 3 inch LCD screen and face-detection autofocus.

For beginning digital SLR photographers a "Creative Auto" mode helps you change camera settings without having to be well-versed in terms like aperture, shutter speed and ISO (although if you read this newsletter you should be!).

Take the Camera Guide Poll - tell me which camera you'd like to see reviewed next!

In the past two issues of the newsletter, I've been talking about aperture, and how you're able to control this setting on your digital SLR camera.

For those of you just joining the newsletter this month, here's the high-level overview of aperture:

This month I'm not going to go into as much detail about the aperture setting itself (that's been pretty well covered) but instead I'll explain why all lenses are not created equal, and how aperture comes into play.

There are two key points about lenses that are required to begin with:

When it comes to lenses, this second point is a limitation of some lenses and this limitation has a name: maximum aperture.

Let's compare two lenses that are equivalent when it comes to focal length: both are 18-55mm zooms.

The practical take-away here is that if you tend to enjoy taking photos in REALLY dim light (cloudy days, building interiors, etc.) then you'll want to look for a lens with a very wide maximum aperture.

The most common aperture numbers that you'll see on kit lenses are f/3.5 and f/5.6. The reason that there are two numbers is because the maximum aperture CHANGES depending upon the focal length of the lens.

When it comes to image sharpness, lenses don't perform as well at extreme apertures as they do with apertures in the middle of the range. Example: a 50mm lens set to f/2.8 or set to f/36 won't capture images that are nearly a sharp as when you use apertures f/8 and f/11.

Now, some lenses are better than others at maintaining sharpness throughout the entire aperture range - this is why they cost well over $1,000 USD.

For anyone who doesn't have this type of budget for lenses, you'll just have to live with the fact that your lens probably won't be ultra-sharp at very wide and very narrow apertures.

If you take photos with plenty of light, then you won't have any problem using apertures between f/8 and f/16 all the time. However, if you enjoy taking shots in dim light, you'll often find yourself using the maximum aperture of your lens.

When shots don't turn out quite as sharp as you hoped for, maximum aperture can be one of the culprits.

As I did with the beginner tutorial, I'd like to summarize the information about Depth of Field that I covered in the last two newsletters:

For any photo that you take, you can use one or more of these variables to your advantage to capture just the right amount of depth of field.

But here's a new twist on all this: how to use ISO to INCREASE the depth of field in your images.

You take a few shots at f/3.5 and realize that the depth of field just isn't enough.

What to do? You can't back up any further from your subject to increase DOF because you're in a confined space. You also can't set the focal length of the lens any wider because it's fixed at 70mm.

There's only ONE variable that you can change in this scenario: the aperture of the lens.

However, if you narrow down the aperture of your lens to get more depth of field, you're also going to slow down the shutter speed so much that you'll run the risk of blurring your entire photo (in which case the limited depth of field is the LEAST of your problems).

But you're not quite stuck yet - there's one more camera feature you can leverage: ISO.

But what if you were happy with the shutter speed you had previously?

In this case you can NARROW the aperture as you increase the ISO setting. The shutter speed will remain a constant, but what you wind up with is more depth of field in your final image.

Let's look at some examples (using the only subject in my house that will sit still). 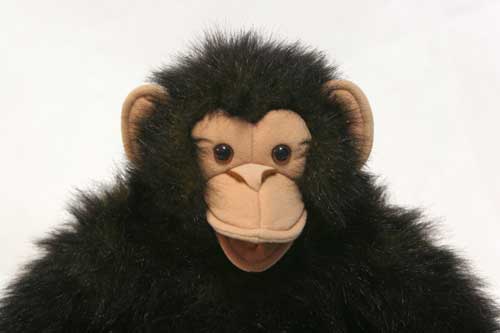 For the first image, I have to use a wide aperture of f/3.5 to prevent my shutter speed from dropping below 1/15th of a second (since that might introduce motion blur). This wide aperture isn't providing me with enough depth of field. 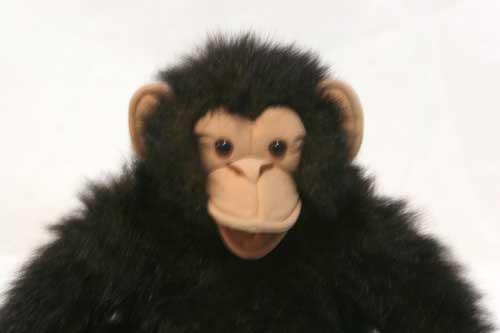 In this second photo, I've narrowed the aperture to get more depth of field - but notice how my shutter speed has dropped to compensate, which appears in the image as motion blur. 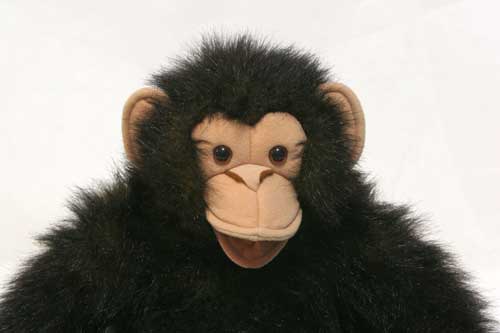 In the last shot, I've increased my ISO setting to get back the shutter speed that I lost when I narrowed the aperture. Now I have an image that is free of motion blur and that also has more depth of field.

There are lots of new camera guides right around the corner.

Based on the results of my camera guide poll, the first camera that I will review will be the Canon XS. That will be followed by the Panasonic DMC-GH1 and shortly after that I'll get my hands on a Canon T1i (500D).

Looks like the next couple of months are going to be really busy for me - I'd better get to work!