ISO and image noise are like Hansel and Gretel, Lewis and Clark or peanut butter and jelly: they just go together.

As one increases and decreases, so does the other.

What's most interesting - if you're considering the purchase of a new digital SLR camera - is that the SIZE of the sensor inside the camera also plays a role.

Digital SLRs are physically larger than their compact cousins. The primary reason for this is the system of mirrors inside the camera that reflect an image up to the viewfinder. But it's also because SLR sensors are larger than those in compact cameras.

The larger the digital sensor, the less noise it creates even when the camera is set to extremely high ISO settings.

But what ARE these things - ISO and image noise - and how do they play a role in the photos that you take with your camera? Let's find out!

The Definition of ISO

Let's begin this discussion by defining what ISO means.

The letters ISO come from the Greek work for "equal" (isos). These three letters have been adopted by the International Organization for Standardization, but ISO is not an acronym for the organization.

That's fine, but what does the Greek word for "equal" have to do with a digital SLR?

The higher the ISO number, the faster the camera sensor absorbs light.

The REAL Use for ISO

Increasing the ISO setting on your digital camera is most frequently used when you're taking photos in dim light.

When there's not a lot of available light, your camera automatically slows down the shutter speed to capture a balanced exposure. A slow shutter speed means that the shutter stays open longer, giving the sensor plenty of time to gather light.

Unfortunately, there's a problem associated with this: when the shutter stays open for long periods of time, any motion is captured as blur.

One way to deal with the problem of slow shutter speeds and motion blur in dim light is a simple one: just add more light to the scene using some type of electronic flash.

The additional light from the flash will ensure that your subjects and photos turn out nice and clear.

But consider the following two scenarios:

Since you can't - or don't want to - use flash in either one of these cases, how can you increase the shutter speed so that your all your photos don't look blurry?

The answer is ISO.

Since an increase in the ISO makes the sensor absorb light FASTER, the shutter doesn't have to stay open for such long periods of time.

Voila! Clear photos even in dim light - without using a flash. 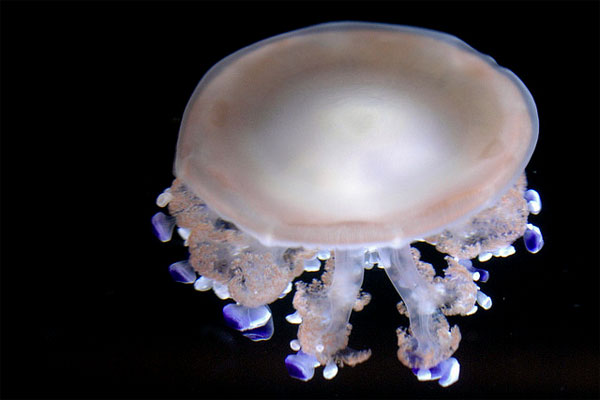 Want an extreme example? With a camera set to ISO 6400, you should be able to take clear photos indoors at night with overhead light...or even in a very dark aquarium.

Unfortunately - like so many other things in life - you don't get this amazing benefit without some consequence.

No, I'm not talking about what goes on when a garage band is rehearsing for their next big gig. That's audio noise.

In this case we're talking about visual - or image - noise.

Image noise is the by-product of using a high ISO setting on your digital SLR camera — it is also often called "grain".

When a photo has image noise, areas of color that should look smooth have a mottled or speckled appearance. 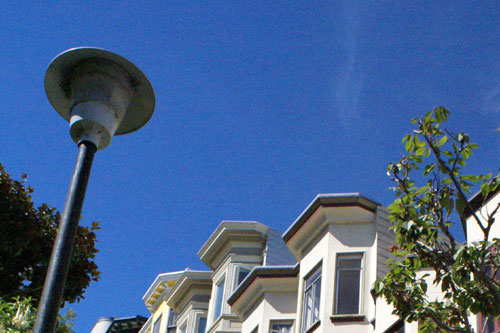 Image noise is easiest to see in areas of shadow and in large areas of consistent color - like blue sky.

At ISO 100, you'll be hard-pressed to see digital image noise. This is the setting of choice for photographers who want to make large prints — the more you enlarge a digital image, the easier it is to see noise.

At ISO 400, you might be able to see some grain in your photos and at ISO 3200 it will definitely be visible.

We now arrive to a point of great debate: how do different digital SLR cameras handle image noise at high ISO settings?

While this may sound like popping in some earplugs, it's actually something that your digital camera does every time you take a photo.

As mentioned above, a high ISO setting will add noise to your photo.

At the same time, your digital SLR is trying to compensate: it's "filtering" out the noise so that the image doesn't look like a grainy mess.

This is why you might still have a very hard time seeing image noise even at ISO 800 with some cameras.

Both Canon and Nikon digital SLR cameras have been praised for their ability to keep high ISO noise at a minimum, which gives photographers a lot of flexibility when shooting in low light.

Every time a new digital SLR camera is released, the immediate debate begins: how well does it handle noise at high ISO?

Pundits and amateurs alike go back and forth about the threshold: the ISO setting where noise becomes visible in your digital photos. Some claim the noise starts at ISO 400, while others will swear it's 800.

All nitpicking aside, here's the takeaway point: not all digital SLRs produce noise in the same way, and some are better at reducing it than others.

Look for a camera with low noise at high ISO if:

Don't make ISO noise into a big issue if: