The Nikon D7100 certainly satisfies the need for speed and looks to be the ideal camera for any dedicated sports photographers.

What makes this camera so good for sports is the fact that the crop-frame sensor (also known by Nikon followers as a DX sensor) increases the focal length of any attached lens, giving you more range out of any lens you use.

Since the whole crop-frame thing can be confusing to those who don't speak DSLR, let's break it down with an example.

Attached to the Nikon D7100, this same lens captures images more like a 80-300mm thanks to the DX sensor crop factor. However, there's an additional twist.

The D7100 has an additional mode called 1.3x crop mode which now means that the previously mentioned lens behaves like a 110-400mm super telephoto zoom. This mode does reduce the number of megapixels captured from 24.1 megapixels to 15.4 but this is still plenty for super-size prints.

The key thing to take away here is that - for the price of a 55-200mm lens (which isn't all that much) - you get the zoom power of a 400mm lens. This means that you can catch beautiful close-ups of all the action even if you have to sit in the cheap seats. 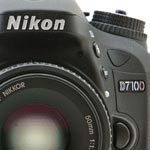 Yes, the crop-frame business is interesting since it gets you up close and personal with all the action, but what else does the Nikon D7100 offer? Quite a lot.

First off is the brand new 51-point autofocus system. Yes, 51 is a HUGE number of autofocus points and the reason to have all of these points is to ensure that a subject that is moving all over the place is still in sharp focus.

Put another way, this autofocus system is best for subjects that move quickly in unpredictable directions. Birds, motorbikes and small children all fall into this group.

When you also add on the fact that the Nikon D7100 can capture consecutive images at a rate of 6 photos per second, you begin to understand why this camera will make an action photographer exceptionally happy.

Wireless connectivity is the new "cool" feature of the digital SLRs of 2013.

I first had the opportunity to use it with the Canon 6D, and was able to send images captured with the camera directly to a smartphone or tablet. I could quickly upload or share any picture that I had just shot.

It was the best of two worlds: DSLR image quality and the easy sharing that is only possible with a smartphone or other web-enabled device.

However, I think that Nikon has made a misstep with the wireless feature on the D7100. Rather than making it built in to the camera (as it is with the 6D) you have to fork over an additional $60 USD for the optional WU-1a wireless adapter.

I don't know about you, but once I am spending over $1,000 USD on a camera, I'd really like it to have all the features built in. Plus, I'm not fond of additional devices sticking out from my camera body (unless it's a flash).

It's a bit of letdown that wireless is not just included, but the option does exist if you want it.

Three years is quite a long time for a camera to get an upgrade, especially given some of the recent advancements in DSLR technology.

However, if you've been considering a D7000 (which you can still buy new) then this raises an important question: is the D7100 so much better that it's worth the additional cost?

Let's start with the chart (with the differences highlighted).

So when all is said and done, we're talking about a few ways in which the D7100 has the advantage over the D7000:

It's also worth noting a less obvious difference: the D7100 has a new viewfinder display designed to improve the visibility of the camera settings.

And last but not least there's the sensor. Or rather what's missing from the sensor. Actually, in front of the sensor. I'll explain.

Virtually all digital SLR cameras include a device called an Optical Low Pass Filter or OLPF (also called an "anti-aliasing filter") that sits in front of the sensor. The main reason the OLPF exists is to prevent wavy patterns in your photos which are called Moiré.

While an OLPF does prevent you from seeing Moiré in your photos, it can also diminish image sharpness. This article from Nikon provides a good explanation of the role of the OLPF in Nikon DSLR cameras.

This means that you SHOULD get sharper images (better image quality) from the D7100 than from the D7000. The D7100 press release states that the OLPF was removed due to the "high resolution and advanced technologies".

Does this mean that you won't see Moiré with the D7100? Only time, use and online reviews will tell.

If you are interested in the Nikon D7100 as a potential camera, then I would strongly recommend that you wait to see how well the camera handles Moiré. These patterns can be removed from photos using software, but this requires a lot of time if you have to correct hundreds of images.

BOTTOM LINE: If you are constantly having to edit your photos to remove wavy patterns, it may not be worth it for the increase in image sharpness.

So...What Else Can I Learn? 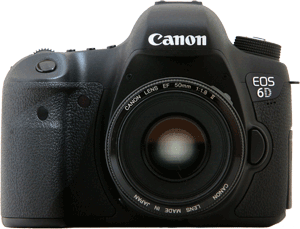