The lens aperture – also known as the opening in the lens – plays a critical role in every single photo that you take.

When you take control of aperture, you're giving yourself a great deal of creative freedom and you get to decide exactly how your photos look.

That's the good news. The bad news is that – due perhaps to its numbering system – aperture requires a fair amount of time and effort to master.

Aperture is hard to understand because there's no visual confirmation when you change the setting. Since the lens is firmly attached to the camera body, you can't see how wide it's open. This makes it difficult to quickly determine the difference between an aperture of f/22 and one that is f/3.5.

Let's begin by explaining the less-than-intuitive (at least for beginners) numerical system that is used to identify different lens apertures.

Think of the f-stop as a unit of measurement like hours (time), meters (distance) or grams (weight). If I ask you what your lens aperture is set to, you can reply "f/8" and that gives me a pretty good idea about the width of the opening in your lens.

If we put this in terms of the amount of light that can pass through the lens and land upon your camera's sensor, it goes like this:

Now, f-stops aren't just any old number you can dream up. There are a limited number of them and – thankfully – the f-stop scale is applied consistently across all digital SLR lenses.

This explains lens aperture notation, but it doesn't say much about WHEN and WHY you'd want to intentionally change it.

That's what we'll tackle next.

The Joy and Despair of Natural Light

If you only ever take pictures with your DSLR in full blazing sunshine, then the aperture you use makes little difference. Go ahead, pick any one you like. 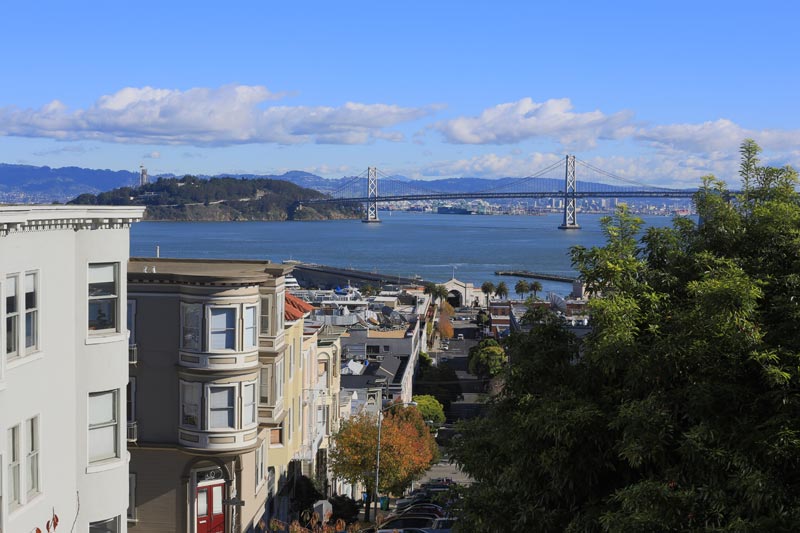 However, if you're like most photographers and take photos in varying degrees of available light, then at some point you WILL have to pay attention to your lens aperture.

As the amount of available light is reduced your shutter speed will likewise slow down to ensure that your photos don't turn out too dark.

One way to increase shutter speed is to widen your lens aperture.

Now that you are aware of the aperture/shutter speed relationship, let's put it to use with a few concrete examples.

If you'd like to try out these examples for yourself but aren't quite ready to go to full manual mode, then use Aperture Priority mode (indicated on your mode dial as Av or A).

In this mode, you select an aperture and the camera automatically picks a matching shutter speed to ensure that your photo is correctly exposed.

When there is tons of available light, the aperture you use really doesn't matter all that much.

This is plenty fast to capture a clear image of a non-moving subject.

At times like this, I often use one of the middle apertures like f/5.6 or f/8 and I just let the shutter speed do what it wants. 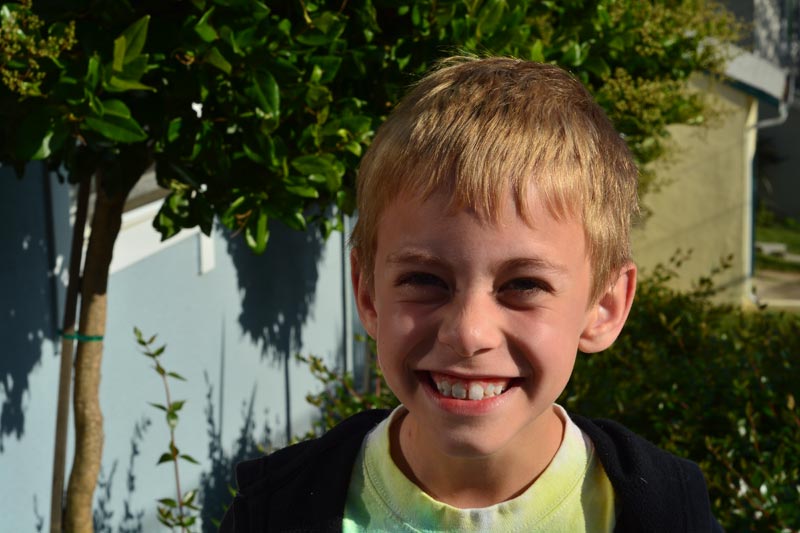 With less available light, the range of apertures you can use is now limited to the wider side. Here's what happens if you use a narrow aperture:

With these settings, your subject will probably look blurry, unless he or she is willing to sit like a statue. You eliminate the blur by opening up your lens aperture, thereby increasing your shutter speed. 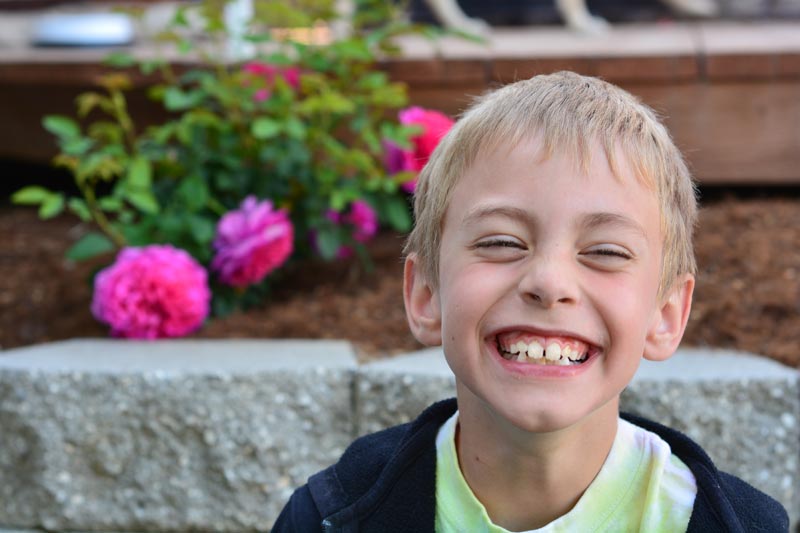 Fast shutter speeds are really only possible when there's enough available light. Once you start taking pictures in dim light you'll find that it's a struggle to get shutter speeds faster than 1/60th of a second.

Any time you're taking pictures in dim light and need fast shutter speeds you MUST use the widest aperture that your lens will allow.

This is where you'll find that all lenses are not created equal – some can open much wider than others, letting in lots of light (even when it's limited) and allowing you to capture images that simply aren't possible with lenses that don't open as wide.

For example, the normal maximum aperture for a DSLR kit lens varies between f/3.5 and f/5.6. Let's say that you're trying to take pictures at dusk:

While you might get some clear shots at this speed, it's not likely.

However, if you had a lens with a maximum aperture of f/2.8 then your shutter speed would increase to 1/60th of a second. While still not ideal, it's much better than what you were getting before.

So...What Else Can I Learn?